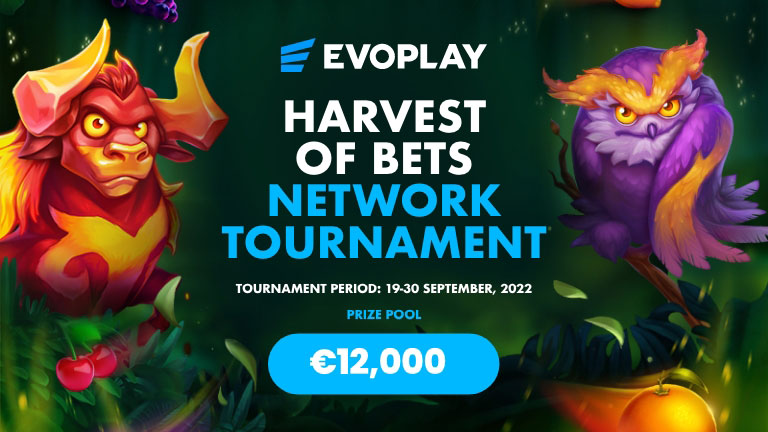 The harvest season is on, and to make it truly prosperous, €12,000 are up for grabs in this tournament!

Simply play on any of the games below until the 30th of September and our 100 highest scoring players will win a share of the huge prize pool!

Winning players will be credited at the end of the tournament

Join in the fun at DPLAY.Casino today!

You will need to submit a valid, non-disposable email address before any withdrawal is processed. A valid SMS may also be required.

- Available to play in real mode only.

- The total tournament prize amount is €12,000 and will be distributed among the top 100 players who have the highest scores on the leader boards

- The minimum bet required to participate in the tournament is 0.20 EUR or the equivalent in the local currency. The more points, the higher the player will get on the leader board. The first 100 players on the leader board will receive prizes.

- Once the tournament is over, every eligible operator will receive the list of the winners to credit the prizes.

-Every spin will contribute to the player's total score that is shown on the leader board. The total score is calculated with the points gained during all rounds played in participating games.

-The tournament has its qualified mechanic. Total Win accumulation.

- If several participants gain the same number of points, then a higher position on the leader board is given to the participant who scored first.

- The cash prizes will be credited to the players' accounts as withdrawable funds by the casino after the end of the promotion.

- Evoplay reserves the right to void scores, or not pay out a prize, where all or part of the scores results from any obvious error, mistake, or technical fault (including incorrect game pay-outs) caused by a machine or human error to any of the participating games.

- Evoplay further reserves the right to void scores, or not pay us a prize where, in opinion, all part of the score results from cheating or collusion with other players.