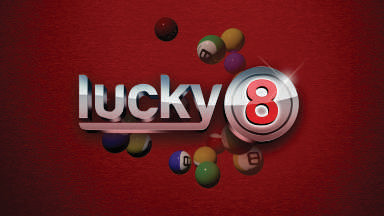 This online game uses Chinese legends as its theme along with numbers, letters, and some Chinese signs as symbols. Its symbols include a creepy dude, sexy Geisha, another creepy dude, and some jade figurines.

Prizes of this game are multiplied by 2, 3, or 8 when one or more Wild symbols substitute in a winning combination. For players who get 3 of the scatter symbols during the gameplay 8 free spins are awarded to them.

How to Play Lucky 8?

Earlier in Ancient China the number 8 was considered the luckiest number. Hence, this Chinese-themed online video slot uses Lucky 8 as its title. The story of this  game includes a rich merchant whose daughter has been kidnapped by an evil emperor. The game is all about killing the emperor and his warriors before escaping along the Great Wall of China.

Each player gets well-rewarded for achieving all those feats and the treasures found along the way. Players may also get benefitted additionally from meeting the Wild Emperor and finding the Scattered Lucky 8.