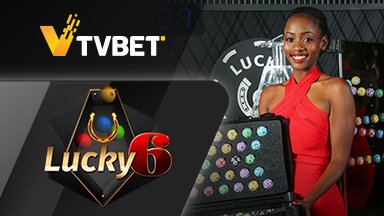 As mentioned above, it is a popular dynamic, and exciting live game by TVBET. Here, all the players need to predict six numbers that will be drawn as early as possible in the process. The main betting option of this game opens with betting on these six numbers which are also regarded as the Lucky6.

Besides these features, players can also bet on a lottery ball’s color as we have already mentioned above. It is also possible for the players of Lucky6 to place multiple bets on those 6 numbers in the game.

Such options make this even easier for the players to guess the winning combination. The game is played every 5 minutes with breaks within for maintenance.

How to Play TVBET Lucky6?

In this game, players can choose six lucky balls randomly out of 48 in a drum. After that, they can challenge their luck up to twelve times in one hour. The game is founded likewise the concept of the classic draw game where a player gets the chance to pick random numbers. Lucky6 also allows its players to pick any random number available in the drum or even colors, and follow a live draw every five minutes.

The game itself generates 35 numbers out of the 48 balls randomly and if a specific player chooses 6 numbers that are among these 35, that player wins the game.