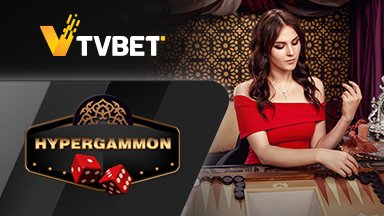 As mentioned above, it is one of the variations of a regular backgammon game that features similar rules and gameplay to the regular one. The new casino players should definitely give this one a try. Online gamblers can watch and play the game without any interruption.

However, the players need to make sure that they play the game only on a reliable and reputed online casino platform. We suggest you try this on DPlay and get the best offers before anyone else.

How to Play TVBET Hypergammon?

This game is just a 3-checker variant of the well-known classic short backgammon. The rules for playing this game are the same as the regular backgammon. Players only need to turn all the checkers into the home and then remove them from the board. The particular player that can alter all their checkers the earliest wins the game.

To begin the game, every player should roll a die. The player with the highest number goes first on moving his or her checkers. And then, according to the number on both dice other players start moving their checkers.

In some cases, while two players get the same number dropped, both of them need to roll the dice over and over again until the different values fall out. The whole game is nothing but getting points, smacking opposing blots, and supporting the checkers off.

However, the checkers will always move in one direction (i.e., bigger numbers of points to smaller ones).